Communism in Russia: past and present 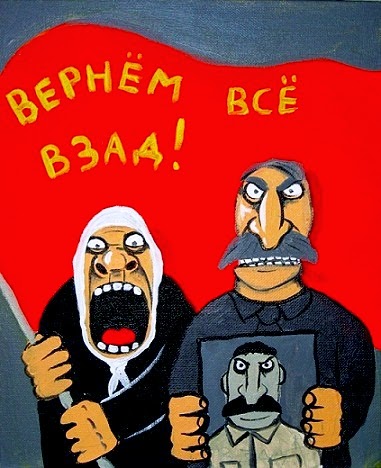 Among the arguments put forward by some European pseudonationalists justifying Putin’s aggression in Crimea is that Russians have no direct link to Communism. Although such arguments do not directly have to do with today’s conflict between Russia and Ukraine, they fit into general trends of Rusophilia.

The view that Russian Bolshevism is the responsibility not of Russians, but of Jews is quite widespread. Among those who organized the 1917 Bolshevik revolution there were indeed many Jews. Overall, the role of Jews in different anti-traditionalist revolutions is a complicated subject; one that must be studied not only by looking at politics, but also metaphysical and theological factors. The role of Jews in the 1917 revolution and the further existence of the USSR was not absolute, however.

First of all, Bolshevism’s roots lie in cerain spiritual specifics of the Russian nation. For Russians, extreme collectivism and sympathy to despotism is common. This is not merely a claim by “Ukrainian chauvinists”. Even Russian philosopher Nikolai Berdyaev claimed that Bolshevism is a product of Russian spirituality. It’s quite interesting that on ethnic Russian territories (territories of the former Grand Duchy of Moscow), there were almost no uprisings against Bolshevism. The anti-Bolshevik White Movement was spread in Kuban (where it was quite linked to the Ukrainian movement), Don, Siberia and the far east. In other words, ethnic Russian territories could not create their own Vendee, because they either supported, or thought neutrally of the Bolshevik revolution.

Secondly, although many Jews were among the Bolsheviks, different forms of anti-Semitism were spread in the USSR. For instance, Judaism was suppressed. On the other hand, political Zionism was also suppressed. In this sense, saying the USSR was run by Jews is nonsense (overall, primitive anti-Semitism and simplifying the problem of the Jews is a big mistake. For example, one cannot say modern Zionists and Jews in Iran are the same, indeed, many Jews in Iran are quite loyal to the Islamic Republic. Jews who helped the Ukrainian Insurgent Army and the anti-Bolshevik fight of the Ukrainian people cannot be viewed the same as those Jews who served in the NKVD.

Thirdly, the Bolshevik revolution and existence of the USSR worked for the imperialistic interests of the Russian nation (albeit, as always, imperialism ended in national collapse). The revolution of 1917 kept Russia as an empire. Soon after, the Communist ideology became a new form of Russian imperialism. It was during the USSR that denationalization and Russification of the enslaved peoples of the empire was at its strongest. The Communist government had a model of multiculturalism similar to that of USA. But, despite this, the absolute dominant culture was the Russian culture (actually, the Russian culture was the heart of Soviet culture).

Has the situation changed today? After 1991, the Communist ideology lost its monopoly status, and Russian society has been influenced by many destructive western influences. The base ideology of modern Russia is liberalism. Yet, despite this many Russians maintain sympathy for the Communist past. The situation has become so absurd that even the Russian Orthodox church has defended the Communist past. Putting Caesar’s ahead of God’s and forgetting the martyrs killed by the anti-Christian Bolshevik government, Patriarch Kirill has on numerous occasions glorified the USSR and even banned criticism of Stalin. Today sympathy to the Communist past is the main justification for spreading imperialist moods through Russian society. 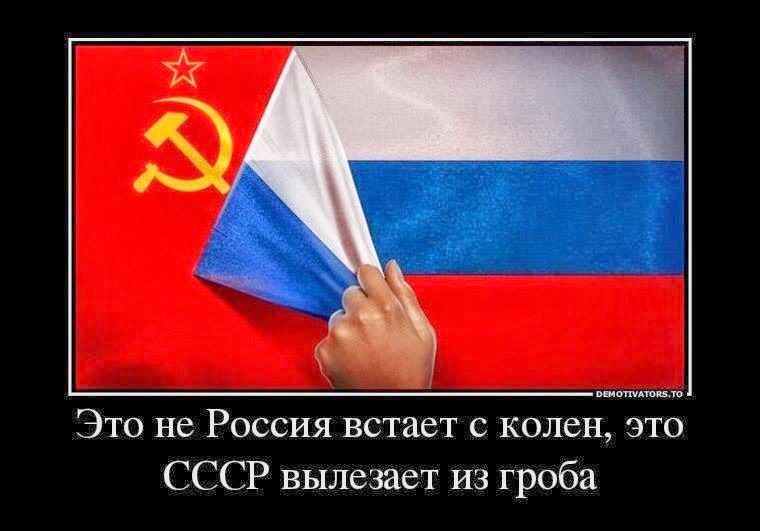