Dear readers of our portal! 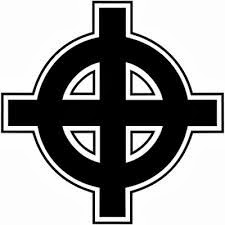 Over the last few months, Ukrainians have demonstrated miracles of dedication and heroism. They defeated fear itself and overthrew the corrupt Yanukovych regime, the regime that robbed our people and sold us and our national interests to Moscow and Western imperialists. Nationalists were at the centre of this fight. Can you imagine what it would be like if tomorrow the French people overthrew socialist dictator Hollande? We would all like to believe that it will happen one day. Indeed, in Ukraine something similar happened - and we can be proud of this.

Many European nationalists understand the potential of the national revolution in Ukraine. However, others are not quite aware what is happening in Ukraine. One of the reasons for that is a lack of accurate information in English. By creating this site, we aim to at least partially solve this problem.

Our site is independent. We do not represent any nationalist movement in Ukraine. However, because the most active and most nationalistic position is put forward by Right Sector, we will give the most attention to them.

In exchange, we ask western brothers to spread information about our site. Our site is new and needs to be promoted. You are free to spread material from our site on social networks, forums, anywhere! Remember that truth is the main weapon of those fighting Against the Modern World!
Опубліковано Unknown о 13:32