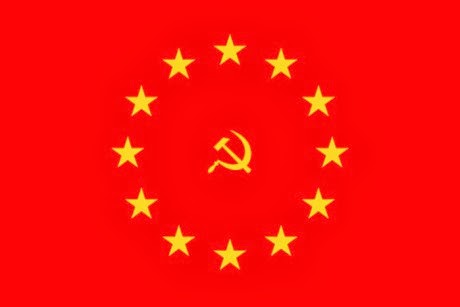 Several "human rights organizations" as well as a number of prominent EU lawyers declared their support to the Communist Party of Ukraine. Moreover, lobby interviews inside the European Parliament have led to setting up a special expert group aiming to analyze the activity of "particular structures calling for a ban of the Communist Party".
"We are ready to support Ukrainian communists in their struggle against the elements that used to call call fascist, - said the Italian movement "Clean Hands" activist Giancarlo Tonny. - We call the whiole civilized world to resist the development of fascism in Ukraine".

The bill # 4478 ("On prohibition of the Communist Party of Ukraine") was registered in Ukrainian Parliament last week. A little bit earlier, during the active phase of the revolutionary struggle, the Communists suffered from numerous attacks conducted by nationalists and ordinary citizens. There were some Comminist Party offices that were captured by rebels (including their central office situated in Kyiv). More than a hundred of monuments to Lenin and other Bolshevik leaders have been eliminated all over Ukraine (the most important monuments to Lenin were earlier under srong police protection and any attempts to their damage ware severely punished).

Over the last twenty years of Ukrainian independence the Communist Party of Ukraine has been a faithful ally of the oligarchic clans. The party is very similar to the Western cultural Marxists on this issue. Cultural Marxist movements are servants of big business. So there is nothing surprising for us in the fact that Western "anti-fascists" raise the hype around the fight against communism in Ukraine.
Опубліковано Unknown о 00:07